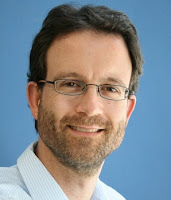 Thomas Honegger is a Professor at the English Studies Department of Jena University, and he is a specialist in the medieval period. Among his interests, we can also find the works of the British author J.R.R. Tolkien, whose books he has widely researched and published on. As an international reference in the study of Middle Earth’s creator, I have asked him to answer some questions about The Hobbit and its recent adaptation to the screen.
Academic Work on J.R.R. Tolkien

How did you come to be an expert in J.R.R. Tolkien's work? What is it that attracted you about his books?
I read a lot of SF and Fantasy during my teenage-years, but never any of Tolkien’s works. I finally read The Lord of the Rings before I started my studies in English Language and Literature, Medieval German Literature, and Germanic Philology at the University of Zurich.
At first I was not very impressed by The Lord of the Rings, but after my first course in Old and Middle English I began to realize that the author of this work did know something about medieval literature and languages. So I began investigating the parallels between medieval literature and Tolkien’s texts on my own. When I finally read Tom Shippey’s The Road to Middle-earth (in Dublin in 1992) it was ‘lightning from a (not so) clear sky’ and I knew for sure that Tolkien’s work was going to be part of my research-interest as a medievalist.
My original approach to Tolkien was thus as a ‘fellow medievalist’ and many of my publications on the Professor’s work deal with his sources and inspirations. However, what I also found is that Tolkien’s work opens unexpected pathways into a wide array of themes – from time-travel to theology and botany. Thus I was a bit taken aback when a journalist asked me what I would do next now that I was ‘done with Tolkien’ – you are never ‘done with’ Tolkien. The announced publication of his alliterative poem The Fall of Arthur, for example, will keep us medievalists busy for some time, not to mention the thousands of pages of academic notes and texts stored in the Bodleian Library, which are of little interest to the literary critic, but of great value to the fellow medievalists.

You are a professor at University and you have done a lot of research on this author. Do you think that the academic world is beginning to accept this kind of literature as something worth studying?
Studying Tolkien is as accepted (or not) as studying other non-canonical topics (e.g. vampires). The breakthrough in Tolkien studies came with the establishment of peer-reviewed academic journals and book-publications, most notably Tolkien Studies (University of West Virginia Press) and the Cormarë-Series by Walking Tree Publishers. I (and many other Tolkien scholars) have also published in other academic journals or collections of essays and are supervising MA and PhD studies on Tolkien-related topics – so Tolkien is ‘on the radar’ though not yet ‘canonical’. 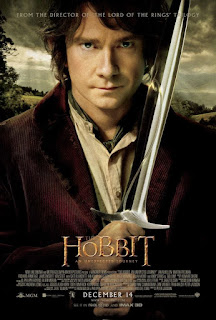 Peter Jackson's Adaptation of The Hobbit
What is your opinion about Peter Jackson's adaptation of The Hobbit? Has he kept the spirit of Tolkien's novel?
I enjoyed the movie (the second time more than the first time) for its own sake. Although Peter Jackson often stays very close to the original text, he obviously wants to make three movies that are in spirit closer to his LotR movie-trilogy than to the children’s book The Hobbit. I would have enjoyed a three-hour children’s movie following the plot and spirit of the book, but am equally happy to have Jackson’s very own epic trilogy that has turned the original into something quite different.
Tolkien himself had plans to re-write The Hobbit in order to turn it into a prequel of The Lord of the Rings, but he never succeeded in doing so (maybe luckily so). So once accepting the fact that Jackson has not kept the spirit of Tolkien’s novel (for ‘compatibility’ reasons) one can judge his films more fairly as what they are: films inspired by a text, but not simple ‘translations’ of the book into the visual sphere.

Is it fair anyway to judge a film by its fidelity to the literary work it is based on?
Certainly, not in this case. Since Jackson is quite obviously not turning a 280-pages children’s book into a 3-hour-children’s film, it would be doing wrong to both the book and the movies – regardless of what Jackson or his collaborators say.
The case was somewhat different with The Lord of the Rings where we have a three-volume epic turned into a three-film-epic movie. In that case it is, I think, fair to make the comparison. For further reading I recommend Vincent Ferré’s paper ‘Tolkien, our Judge of Peter Jackson’ in which he discusses J.R.R. Tolkien's opinion on the cinema and the adaptability of The Lord of the Rings (as expressed in his Letters), then contrasts Tolkien’s criteria and judgement with the story-line submitted to Tolkien in 1957-1958, and with Ralph Bakshi’s and Peter Jackson's films, 'The Lord of the Rings' (1978) and 'The Fellowship of the Ring' (2001) respectively.

Have you seen the film in 2D or in 3D? Are you a fan of 3D movies?
In the past I saw a few 3D movies that were badly ‘upgraded’ 2D movies – and invariably left the cinema with a bad headache. So I am glad that the 3D technology in The Hobbit (which I have seen by now twice in 3D) works fine and does not distract from the enjoyment of the movie.
I am not specifically keen on the 3D effects, but have no strong feelings about it – as long as it does not impair the enjoyment of the movies or occupy too much of the audience’s attention I don’t really care.

What is it that makes Tolkien's works so attractive for so many people around the world? Is it also justified by their literary quality?
Tolkien is a master storyteller and satisfies a basic human desire to turn the often chaotic, irrational and incoherent events that make up the stories of our lives into a coherent and meaningful whole (which does not mean, however, that we have a happy ending for every protagonist). He does this with great skill so that the readers often fail to notice the underlying philosophy, though they feel the ‘consolation’ of the narrative, enjoy the moments of suspense and appreciate the beauty of his language.

Can we see The Hobbit as a fairy-story?
I would consider The Hobbit more of a traditional ‘fairy-story’ than The Lord of the Rings (which is often seen as one in the Tolkienian sense). In his 1939 lecture ‘On Fairy Stories’, Tolkien re-defined fairy-stories as tales taking place in or on the borders of the Perilous Realm and further established the elements of Escape (from mundane and trivial limitations), Recovery (from everyday triteness so that we see things with new eyes, as we were meant to see them), Consolation, and the Eucatastrophy (the unexpected and sudden joyous turn that leads to the Happy Ending – at least for some) as crucial for the genuine fairy-story.
His The Lord of the Rings fits the bill quite well, but it is much harder to find ‘traditional’ fairy-stories (as in the collections by Andrew Lang) that contain all the elements Tolkien considered essential. Ironically, Tolkien’s lecture ‘On Fairy Stories’ was originally given as the Andrew-Lang lecture and thus started with a discussion of Lang’s collections of fairy-tales, but by the time it was published Tolkien had developed his own definition of ‘fairy-story’, which more or less excluded most of Lang’s tales and was much more suitable for his 1000-page epic of The Lord of the Rings.
The Hobbit, by contrast, shares more of the motifs and patterns of traditional fairy-stories – the son of a widow (Bilbo) goes in search (not quite voluntarily, though) for a treasure, falls in with a company of dwarves, has an encounter with trolls, elves (fairies), goblins and a dragon, and in the end returns home with part of the treasure. It does not contain as much Recovery or Consolation as The Lord of the Rings and as a consequence its ‘metaphysical impact’ is much smaller.

What values do you find in The Hobbit? Why would you recommend reading it?
It is, in my mind, an enjoyable children’s book that can and should be read (or listened to) in the spirit of a children’s tale and not so much as a prequel to The Lord of the Rings. It is important to remember that Tolkien composed quite a few stories for his children that were (largely) independent of his Middle-earth legendarium (i.e. the tales and legends as we find them in his The Silmarillionand The Lord of the Rings).
Thus The Hobbit started out as a children’s story pure and simple and though there were some ‘Middle-earth elements’ in the text (references to Gondolin, to the Goblin Wars, to the High Elves), it was not part of the Middle-earth legendarium tradition. It was only in hindsight after the publication of The Hobbit in 1937 that Tolkien realized that Gollum’s ring is the One Ring of Sauron – which turned The New Hobbit (begun in 1938) into what we know as The Lord of the Rings (written between 1938 and 1949, published in 1954-55).
Tolkien, after the publication of The Lord of the Rings, changed some of the most obvious discrepancies between the two books (notably those relating to the Ring) in the later editions of The Hobbit, and he even had plans to re-write it completely in order to make it truly into a prequel to The Lord of the Rings (which is what Peter Jackson seems to be doing with his ‘The Hobbit’ films).
The Hobbit per se is for me an amusing introduction into a heroic world. The juvenile reader can easily identify with the main protagonist, Bilbo Baggins, who is basically a ‘modern’ character and not very fond of adventures (at least not in real life). Yet he is able to ‘grow’ in time and though he will never be truly a ‘hero’ in the conventional ‘dwarvish’ meaning of the word (luckily Tolkien abandoned his plans to have Bilbo kill the dragon), he gains the respect and friendship of his ‘heroic’ companions. It is thus a story of ‘growing up’ without denying one’s true nature – and in my mind a hobbit should not go around killing wargs or attacking goblins. It is on a different level that hobbit-courage shows its value – it is by overcoming his own inner limitations and his (quite well-founded) fears and by using his skills and resources for helping his friends that Bilbo grows. And it is thus still a hobbit and no ‘three-quarter-dwarf’ that returns home to Bag End – though a wiser and more tolerant hobbit.